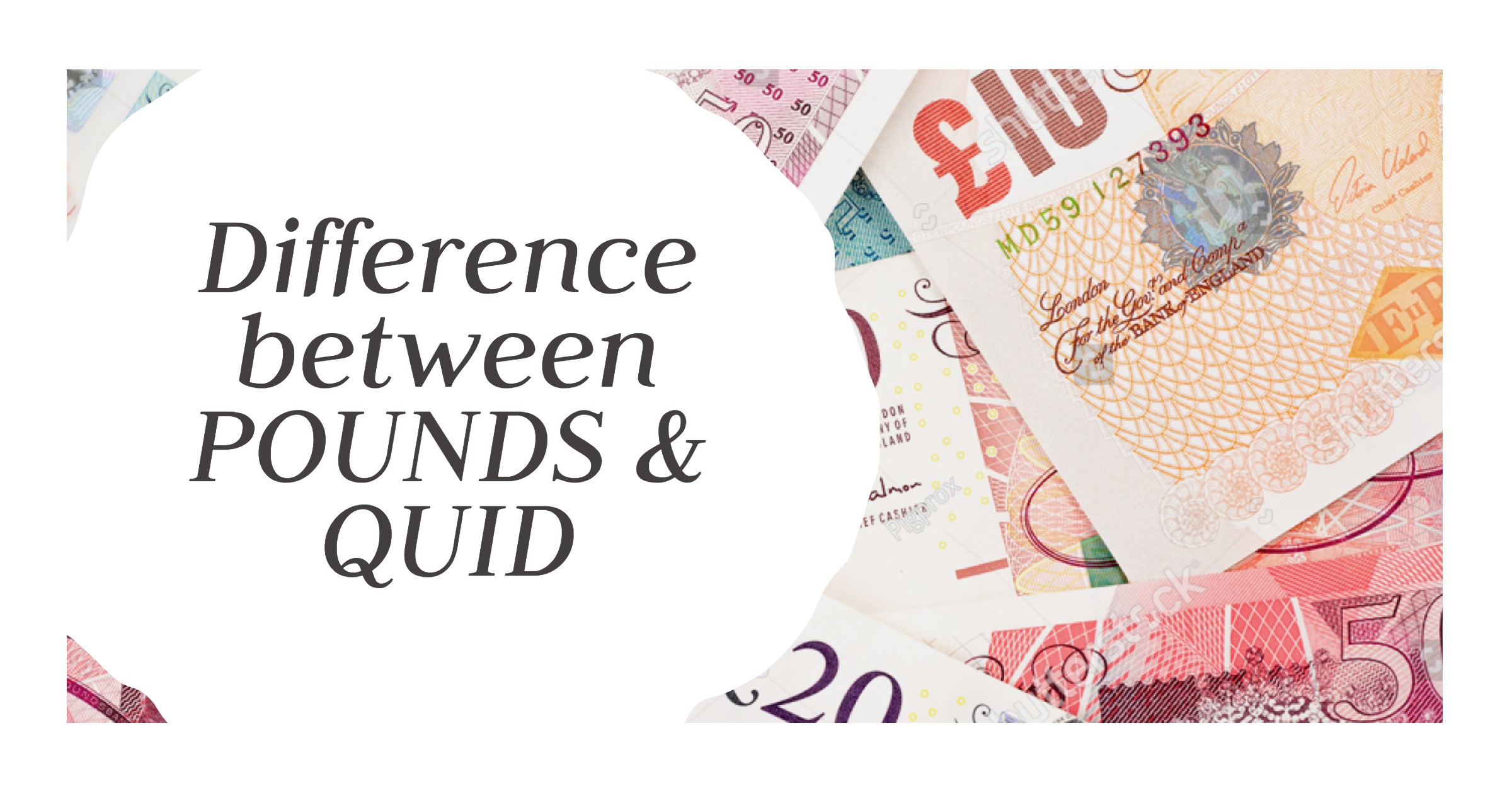 The pound is a popular currency in the world, but oftentimes it is confused with the word quid.

Difference between Pounds and Quid 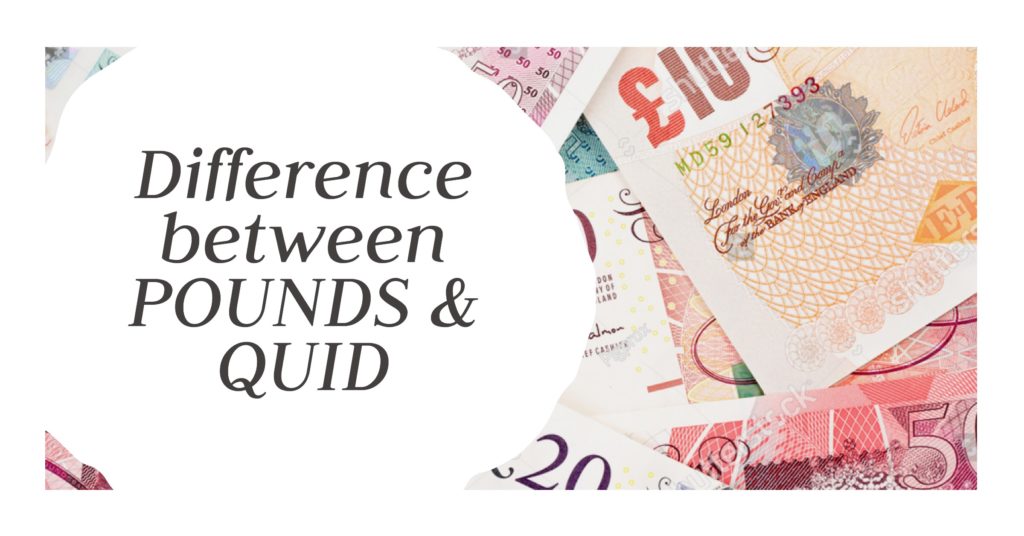 The pound also called pound sterling, is the official currency (that is, basic monetary unit) of the United Kingdom. Other countries such as Egypt, Lebanon and Syria have the pounds also as their basic monetary unit. While the quid is a slang term for the pound currency.

The pound is the oldest currency of the world in continuous use today. It was first used before the twelfth century whereas the term squid got into the dictionary in the year 1688. A quid is equal to 100 pence.

Table 1: Comparison Between Pound and Quid

The pound’s origins can be traced back to King Offa of Mercia’s reign. In the Saxon kingdom, he issued coins known as sterlings. The value and appearance of the pound evolved over time. When the United Kingdom adopted the decimal system in 1971, it became the official currency of the United Kingdom.

The pound is the 4th most held reserve currency in the world. The currency most commonly held as a foreign exchange reserve is the U.S. dollar, which, according to the International Monetary Fund (IMF), comprised nearly 62% of allocated reserves as of late 2012. Other currencies held in reserve include the euro, Japanese yen, Swiss franc and pound sterling.

The symbol for the pound sterling is £. The Bank of England is the main agency that regulates the sterling.

The various nicknames for the pound are sterling, smacker, smackeroo, sovereign, and nicker.

As earlier established, the quid is a slang term (nickname) for the currency pound.  It is equal to 100 pence. This statistic is the same as that for a pound. Its emergence in the 17th century, the year 1688.

Some schools of thought believe the term squid is derived from the word “scudo” used by Italian immigrants which pertains to the 19th-century coins in Italy.

Others consider the Latin word ‘quid’ as the origin of the present quid.

Yet schools of thought believe that the squid originated from the ‘QuidHampton’ village in England. There was a Royal Mint Paper Mill in this village, where the money was printed. Probably, the money then became popular by the name Quid.

Conclusively, though the pound and quid are essentially the same, the latter is slang for the former.