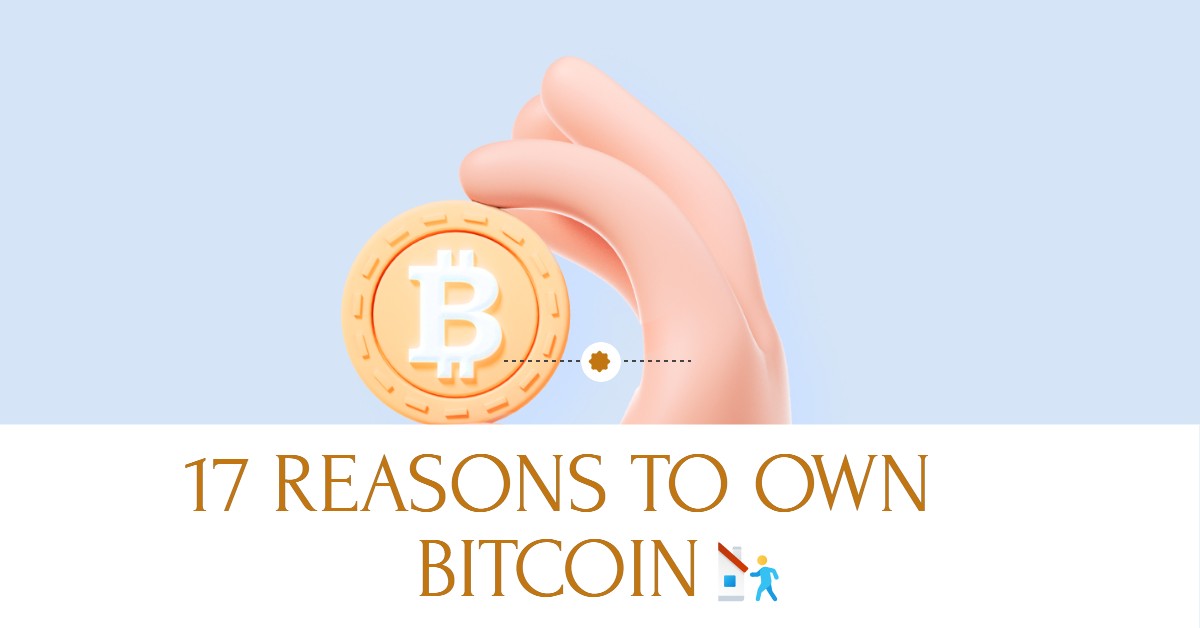 In this post, we simplify wonderful reasons why you should buy more Bitcoin. But as a way of introduction, let’s understand the term ‘bitcoin’.

According to Wikipedia, Bitcoin is

a decentralized digital currency, without a central bank or single administrator, that can be sent from user to user on the peer-to-peer bitcoin network without the need for intermediaries.

Bitcoin is the first and most widely recognized cryptocurrency. It enables peer-to-peer exchange of value in the digital realm through the use of a decentralized protocol, cryptography, and a mechanism to achieve global consensus on the state of a periodically updated public transaction ledger called a ‘blockchain.’ 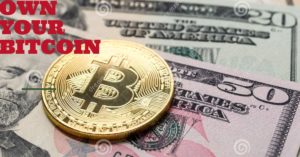 In the practical term, Bitcoin is a digital form of money that

Furthermore, Bitcoin can be described as a political, philosophical, and economic system. This is due to the combination of technical features it incorporates, the large number of participants and stakeholders it involves, and the process for making protocol changes.

Bitcoin can refer to the Bitcoin software protocol as well as to the monetary unit. The ticker symbol for Bitcoin is ‘BTC’.

In January 2009, Bitcoin was launched anonymously to a small group of technologists. It is now a globally traded financial asset with tens of billions of dollars in daily settled volume.

Although its regulatory status varies by region and evolves, Bitcoin is most commonly regulated as either a currency or a commodity and is legal to use (with varying levels of restrictions) in all major economies.

El Salvador became the first country in the world to make Bitcoin legal tender in June 2021.

It didn’t die in early 2014, when the exchange serving 80% of Bitcoin trading, Mt. Gox, collapsed.

It survived hackers that stole large amounts of Bitcoin from exchanges.

And it didn’t just survive. It became more resilient and robust.

For example, last year (2020), Bitcoin was the best performing asset class, with a 70% increase year-to-date.

However, if still in doubt, here are 17 reasons why you should buy more Bitcoin in 2021.

MUST-READ: Difference Between Pound and Quid 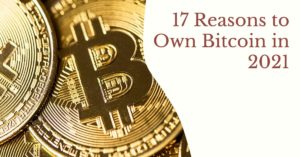 1. Demand for Bitcoin is growing

All the major Bitcoin option exchanges such as Deribit, CME, or Bakkt carry a gradual and consistent growth trend. Similarly, the total number of functioning Bitcoin ATMs is rising to 14,000, a more than 90% increase since last year.

More paper money has been printed in the past months than the previous two centuries combined. It seems obvious that people are beginning to look for hedges against inflation.

And with hyperinflation and negative interest rates becoming a reality, Bitcoin is a straightforward solution to preserve your wealth. It is proving time and time again that it is a store of value.

3. The total supply is limited to 21 million

Unlike traditional fiat currencies, Bitcoin cannot be printed by governments. There is a limited number of Bitcoins available because the total supply is 21 million units.

Currently, around 18.6 million Bitcoin have been mined. This leaves less than 2.5 million that have yet to come into circulation. Additionally, more than 30% of Bitcoin was lost. The more people get involved in it, there will be a price rise. So, scarcity is one factor that shows it’s not too late to invest in Bitcoin.

In the U.S, the Fed recently announced a partnership with MIT to build its digital dollar. The European Central Bank is launching proposals for a digital euro. And China’s central bank has already issued 10 million yuan worth of digital currency to 50,000 people in the Shenzhen area as a test. According to a BIS report issued last year, at least 17 governments consider or test out some digital currency form.

So what does it exactly mean for Bitcoin? The introduction of the digital dollar, euro, or yuan will be extremely beneficial. People will realize that with Bitcoin, they will still be able to receive, transfer, and store money without any authority stopping them from it.

In comparison to CBDC, Bitcoin will be an easy choice to make.

Bitcoin has survived for 12 years.

According to something called the “Lindy Effect,” Bitcoin’s hard-won survival suggests it will endure for at least another decade.

The Lindy Effect essentially states that the future life expectancy of a non-perishable thing, such as a technology, is proportional to its current age.

If the Lindy Effect holds, Bitcoin could achieve the trust and use required to push prices close to $1 million. However, investors will need to be patient. It might take a couple of decades.

Bitcoin and cryptocurrency as a whole are becoming more mainstream. During the current global economic crisis, mainstream media has often highlighted Bitcoin as a potential safe haven.

Crypto firms integrated with some of the largest companies on the planet, like Microsoft, Google, and NASA. Recent crypto partnerships with Visa, Mastercard, and PayPal mean it is now easier and more accessible than ever to get involved and integrate crypto in everyday use cases. This general awareness was accelerated even further by Facebook’s efforts to launch its own cryptocurrency.

As more people hear and learn about Bitcoin, the chance increases that a portion of those individuals eventually decides to dip their toes into Bitcoin and purchase a small amount. And it’s a big deal for Bitcoin.

Hundreds of merchants are starting to accept Bitcoin for purchases. Major companies like WholeFoods, AT&T, and Overstock already accept Bitcoin as payment. Further, progress with scaling solutions like the “Lightning Network” continue making Bitcoin transactions faster and cheaper to improve the currency’s viability for small payments.

Stone Ridge, a $10 billion asset manager, now owns $162 M in Bitcoin. Paul Tudor Jones publicly revealed that he had put 2% of assets into Bitcoin. Billion-dollar public company Microstrategy Inc. raised Bitcoin holdings to $1 billion at the end of 2020. The largest digital asset investment manager, Grayscale, now boasts a total of $3 billion worth of Bitcoin and has almost $20 billion in total assets.

Fidelity and the Intercontinental Exchange (ICE) successfully launched cryptocurrency trading offerings for institutional investors in 2019. Just last October, Fidelity said, “Bitcoin is a unique investable asset, and it could be a beneficial addition to a portfolio.” Fidelity is suggesting people increase their Bitcoin allocation to 5% or more.

In May 2020, America’s largest retail bank, JPMorgan, announced that it had begun processing Bitcoin transactions. The bank also plans to create JPM Coin, a digital currency tied to the U.S. dollar. Goldman Sachs has emerged that they are considering its own crypto asset, most likely a stablecoin.

Yes, Wall Street is gearing up, but there are only limited ways for large investors to purchase substantial Bitcoin amounts. Without exchange-traded funds (ETFs), many large funds are prevented from getting exposure to Bitcoin.

One powerful example of the impact an ETF can make is gold. The first Gold ETF was approved in 2001 and marked the beginning of a 6-year bull run, resulting in a 700%+ price appreciation.

It is not unlikely that regulators will soon approve the Bitcoin ETF. And if they do, it would offer an effective vehicle for funds and larger investors to get exposure to Bitcoin.

The 2008 financial crisis has taught us that financial institutions are not immune to failure. The bank can freeze your fiat currency, or the government can seize your assets with little to no warning. Bitcoin is different.

Holding some of your wealth in Bitcoin allows you to maintain custody over your own funds and makes it easy to travel with your wealth across borders.

With Bitcoin, you can be your own bank. As long as you don’t share your private keys with other people, police and government regulators included, nobody can confiscate it.

11. Bitcoin is still the largest cryptocurrency

Wallet numbers are just one part of the story. The number of people holding Bitcoin in their wallets is minuscule compared to the retail investors leaving their Bitcoin with a custodian such as Coinbase or Square’s Cash App.

Thanks to technological development in blockchain, Bitcoin’s underlying technology,  entire economic sectors from banking and energy to transportation go through a revolution.

Back in 2010, regulation on Bitcoin was nonexistent. Then came countries banning Bitcoin and cryptocurrencies. These days only a few countries outright ban Bitcoin. We still don’t have mass adoption, but we could see it happening soon with a globally regulated regulation. The SEC, for instance, published a framework for digital asset classification. EU is determined to develop its framework in four years. Improvements like these help legally define Bitcoin, which in turn helps mass adoption.

14. An excellent alternative to gold

Lots of people see Bitcoin as digital gold. But Bitcoin is even better.

It’s easily portable, more accepted at restaurants, hotels, etc. than a gold brick, and capable of international transfer. Bitcoin can also be used as a universal store of value accessible anywhere with a phone and a Wi-Fi connection.

CHECK OUT Where to Download Paid eBooks for Free

Although Bitcoin can be volatile, it has outperformed many of the traditional assets in the long term. For example, if you held Bitcoin for the last ten years, it returned an impressive 90% annually.

16. Bitcoin is easier to use

Have a family abroad? Bitcoin is also easy to send to others. Companies like Western Union can take 5-10% of the international transfer, while the recipient may have to travel out of the way to receive the funds. Bitcoin allows you to send funds easily and quickly from your phone to theirs. Bitcoin is the next generation of money and is the foundation of our future economy.

17. Diversification to the new asset class

Trade wars, money-printing, zero-interest rates, banking machinations are a new normal. The global financial system is on the verge of collapse, and trust in the traditional financial system is fading. Stocks, real estate, gold, and bonds usually move in the same direction in booms and busts. Bitcoin has come up as a rescue because it is a non-correlated and free from politicians and central banks.

Most of us will agree that Bitcoin is a different asset class altogether. It is not just a viable alternative investment class. With cryptocurrency adoption doubling by around 100% a year, Bitcoin certainly has immense potential for the next ten years.

By way of wrapping up, all of the reasons we have explored in this post show that it’s not too late to invest in Bitcoin.

Getting 1-5% of your wealth into Bitcoin is a good idea. You’ll protect and preserve your wealth and be in control of your own money.

So, sit back. Grab a drink. And get ready for one of the most incredible firework shows you have ever seen over the next couple of years.

Have an amazing experience!