One may ask, can I use Google Pay at the grocery store? Yes. Google Pay is accepted at major Stores. 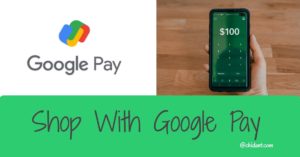 in this article, I will show you the list of grocery stores that accept Google Pay. But before then, what is Google Pay?

What is Google Pay?

Google Pay is a quick, simple, and secure way to pay with your Google Account cards on websites, apps, and in stores.

“With Google Pay, you can pay for anything, at any time.” – this is Google Pay’s tagline.

Google Pay is now widely accepted in over a million stores across the United States, the United Kingdom, and other countries where it is supported. This is due to an increase in the number of stores accepting mobile payments. NFC terminals are now used in a large number of stores, primarily by major retailers.

To use Google Pay to pay in stores, you’ll need an Android phone.

Why use Google Pay to pay in stores?

You get the same benefits using your card through Google Pay as you would with your usual payment option.

With Google Pay, you can also save your loyalty cards, gift cards, and tickets and pay for transit using your phone.

Google Pay allows you to do checkouts in stores easily.

There’s no need to dig out your wallet. All you need to do is unlock your phone, hold it close to the terminal for a few seconds, and follow the instructions to check out in supermarkets, pharmacies, and other stores.

With Google Pay, you earn points and redeem gift cards at your favorite stores.

3. Use flight or event tickets

You can add flight or event tickets directly to Google Pay.

With Google Pay, you can save your train or bus tickets.

Where is Google Pay Accepted:

Google Pay is accepted at more places than you think. In fact, there are millions of stores that accept Google Pay.

Note: To use Google Pay to make contactless purchases, you must have an Android phone with Near Field Communication (NFC).

Below is a comprehensive list of countries that use and accepts Google Pay (arranged in alphabetical order).

How Secured is Google Pay?

One may ask, is Google Pay secure? Yes. Google Pay is one of the most secured online payment platforms.

Google Pay secures your payment information with multiple layers of security, leveraging one of the world’s most advanced security infrastructures to keep your account safe.

The system is safeguarded by powerful built-in security technologies that detect and prevent threats such as spam, malware, and viruses from reaching you.

When you pay in stores using Google Pay you can rest assured that your card number isn’t shared.

Furthermore, your info is delivered to the payment terminal only.

Google Pay sends your payment information to the retailer via near-field communication (NFC). NFC only works when two devices are within a few inches of each other. This prevents your information from being stolen.

How to Install Google Pay on Your Smartphone

To pay in stores using your phone, you’ll need to make sure Google Pay is downloaded and set up on your phone first.

Get the Google Pay app on your Android phone by clicking here.

Setting up Google Pay on your phone takes only a few minutes.

To get the app set up, you’ll need your credit or debit card information.

Steps to get started using Google Pay in stores

Are you ready to start using Google Pay to make in-store purchases? Do you want to learn how to set up Google Pay and begin making purchases with it?

Setup is simple and should only take a few minutes.

Here’s how to add a payment method:

Note: If you’re having trouble adding a card, make sure it’s on the list of supported cards.

You can add loyalty cards, gift cards, offers, and tickets to your Google Pay.

How to add loyalty or gift cards to Google Pay

How to add offers or tickets to Google Pay

The following procedure will guide you on how to make your first payment:

How to Find Which Stores Support Google Pay

It is simple to locate locations where Google Pay is accepted.

Stores that accept Google Pay or mobile payments typically display stickers on their windows, doors, or payment terminal signs. The GPay logo, the contactless payment symbol, or both will be visible.

You can also use the app to see who accepts Google Pay. Here’s how to go about it:

2. Find the Use Google Pay Nearby section

How to use Google Pay nearby:

If you want a more comprehensive list of nearby stores, simply tap “See More”. 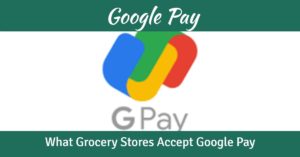 Aside from these, there are thousands of other banks and financial services that support Google Pay.

In addition, you can now also connect Visa Checkout and PayPal to your Google Pay.

1. Are Google Pay and Samsung Pay the same?

No, they are not.

They function as both a digital wallet and mobile payment apps.

Google Pay, on the other hand, works on NFC-enabled Android devices, whereas Samsung Pay is only compatible with specific Samsung devices.

2. When did Google Pay start?

Google Pay officially started on August 28, 2018. However, it was initially launched in India as a UPI-based app Tez on September 18, 2017.

Google Pay has multiple layers of security. The card information is not saved on your phone, and merchants are only given a virtual account number (not the actual number). Payment data is stored on secure servers.

No, Walmart Pay is the only mobile payment method accepted at the moment.

5. Can I use Google Pay at Costco?

6. Is Google Pay accepted at Target?

Google Pay provides convenience and ease of use.

Google Pay is collaborating with more banks and partners. Currently, this service is supported by thousands of banks.

With millions of stores now accepting Google Pay, it’s likely that more will gain trust in this method of payment.

Google Pay brings convenience and ease to our fast-paced, modern world. With a few taps on your device, you can transact and shop.

Now you know all about Google pay and where and how to use Google pay. I hope you found this piece very informative.

How to Cancel G Suite Subscription